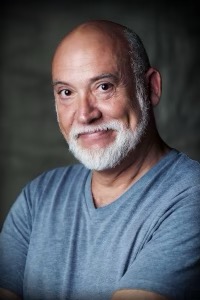 Robb Rigg has been a local director and educator in Orange County for over 40 years. He holds a BA in Theatre Education from CSUF as well as an MA in Children’s Theatre with minors in Criticism and Dance. Mr. Rigg wrote/founded The South Orange County School of the Arts (SOCSA) at Dana Hills High School in 1996. His award-winning shows directed at the Playhouse include: SCAPINO,SOUTH PACIFIC,THE DIARY OF ANNE FRANK and others.

His former students have gone on to do incredible award-winning work in both television and film industries and have worked on SEINFELD, THIRD ROCK FROM THE SUN, ER, MOULON ROUGE, DEAR EVAN HANSEN, THE PRODUCERS, ZORBA, THE COLOR PURPLE, WICKED, ANASTASIA, FAME, UP, WALL-E, THE INCREDIBLES, and more.